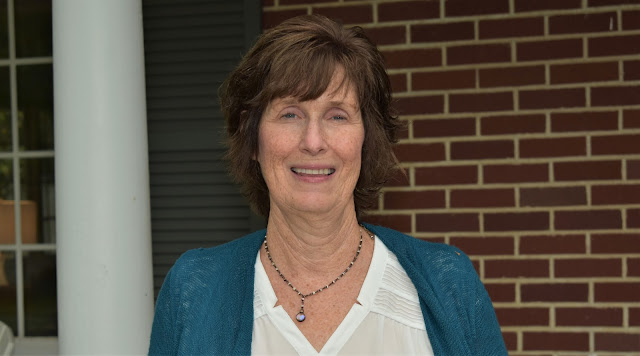 SIOUX CENTER, IOWA – Loves others. Respects others. Values others.

That’s how people describe the way Judy Hauswald treats others in the community. Whether welcoming or advocating for immigrant newcomers or helping to host lonely and hungry residents at the Sioux Center Community Unity Meal, she desires to reach out and meet the needs of people.

For her selfless service, Hauswald will be presented the seventh annual Addink Community Service Award during Promise Community Health Center’s “An Evening of Promise” Celebration and Fundraiser on Thursday, Oct. 18, at Terrace View Event Center in Sioux Center.

“I have great respect and admiration for Ken and Barb Addink,” she said. “Their commitment to family, as well as their desire to make dental care accessible to all, regardless of one’s ability to pay, reflects their generous and caring nature. They exemplify what community service means. I am honored to have been nominated for this award named after them.”

Hauswald said her parents taught her the importance of community service as she grew up in Framingham, MA, through their work with the Boy Scouts, Girl Scouts and other service groups.

“They modeled the importance of volunteering and helping others,” she said. “They taught
me that if you see a need, do something about it. I enjoy the challenge of finding a solution to a problem. And I enjoy getting to know people and hearing about a person’s unique life story.”

In Hauswald’s own life story, she came to the Midwest as an exchange student to the University of South Dakota in Vermillion, ultimately transferring and completing her nursing education at USD and South Dakota State University in Brookings. In 1988, she and her husband, Brian, moved to Sioux Center, the place they have called home ever since.

Fittingly, it is that life story that fueled one of her greatest passions of welcoming and advocating for immigrants. That’s because she experienced a small taste of what it was like to be a newcomer to small town Iowa.

She also was delighted to see the community diversifying.

“I grew up in a large metropolitan suburb of Boston where diversity was the norm,” she said. “My classmates and neighbors were from different ethnic groups and religions. I knew what it felt like to be new to a community, unfamiliar with farm life or Dutch customs or unspoken rules. I think diversity is good for a town. It helps us to be more tolerant of others and makes it a more interesting place to live.”

As a diabetes nurse educator for Sioux Center Hospital, Hauswald’s work was impacted by the influx of Spanish-speaking immigrants to the area in the 1990s because diabetes is a common disease in certain ethnic groups, including Latinos.

“I learned a lot by visiting patients in their homes, and they started teaching me about Mexican culture, foods and customs,” she said. “My kids had friends and classmates from Mexico, and we had several Mexican families in our neighborhood that I got to know.”

Hauswald later became actively involved in the nonprofit Center for Assistance, Service and Advocacy (CASA), which was established in Sioux County in the late 1990s in response to the growing number of people who were moving in from Mexico and Latin America to work and raise their families. The nonprofit organization’s vision is: “We envision northwest Iowa communities that welcome, empower and celebrate people from all cultures.”

Initially, Hauswald served on the CASA advisory board and later joined the executive board. In 2005, she became the board vice president for two years and then served as president for 10 years. She now shares the leadership responsibilities as a co-leader with Harold Heie.

The 100 percent volunteer-driven team has worked on numerous projects over the years, including establishing Festival Latino in Orange City, increasing access to English as second language classes, and hosting educational events for both immigrants and residents. Among other initiatives, they provide information to connect newcomers to local resources and have met with legislators and local law enforcement to discuss local immigration issues.

“The lessons I have learned is although we have some different customs and challenges with language, we have much more in common, like the importance of family, the desire to live in a safe community and the importance of faith in our lives,” Hauswald said.

A trip to central Mexico in 2005 “really ignited” her passion “to advocate for and seek justice for immigrants.” Hauswald was among five health-care professionals from Iowa who spent a week learning about the Mexican health-care system and culture. They stayed with local families and visited some of the cities and small towns where northwest Iowa immigrants originated from.

“This life-changing experience helped me understand why people would leave their homes and families to seek a better life in the U.S.,” she said. “I learned about our broken immigration system and the need for comprehensive immigration reform. I realized I could make a difference on the local level helping immigrants from my community.”

During that time, Hauswald also became involved in the planning and development of Promise Community Health Center in Sioux Center. She became as a founding member of the board when the health center opened in 2008 and served until 2015.

She called it “a tremendous opportunity.”

“As a diabetes nurse educator, I knew the struggles and barriers that my patients with diabetes faced,” she said. “Years ago, many people with diabetes couldn’t get an insurance policy that would cover diabetes care. Even now, those without insurance or with high deductible plans still struggle to pay for their medications, doctors appointments, lab tests and diabetes education. Having federal funding available to help subsidize health-care costs has improved access for people who otherwise could not afford the care they needed to stay healthy.”

An all-church Bible study planted the seeds for the fruitful Sioux Center Community Unity Meal. Each small group was challenged to identify a need in the community and to find a solution. Two groups, including Hauswald’s, identified hunger and food insecurity as hidden problems in Sioux County. They also talked about loneliness, not knowing neighbors and the difficulties many newcomers face when moving into the community.

Hauswald and Jenn Sandbulte gathered a group of local women to host the first meal at New Life Reformed Church in 2010. They were thrilled when 100 people attended. Eight years later, 200-300 people are served each month with the help of local businesses and churches buying groceries, making and serving the meals, and cleaning up afterward.

“Our mission is to ‘feed the need,’ whether that need be food, companionship or a way to meet people and get to know your neighbors,” Hauswald said.

She has been involved in the community in other ways as well, including being active in the Sioux Center Community Schools Music Boosters when her children were in school to support fine arts as part of a well-rounded curriculum.

Through it all, people have noticed her servant mentality and humble desire to work behind the scenes to serve others in the community.

“Judy Hauswald is a woman that has high expectations for herself and in her work with others,” said Sioux Center School District superintendent Gary McEldowney, one of three people who nominated her for the award. “I admire her passion for all people and unselfish nature to lift up others. Judy Hauswald does her work with integrity and thorough focus. I appreciate Judy’s straightforward communication and her willingness to be very timely in providing assistance or support to community members that need assistance. Judy is a passionate advocate and quick to be hands-on support.”


MORE ABOUT JUDY:
Judy Hauswald and her husband, Brian, have three children, Allison Hogan, and her husband, Travis, of Sioux City; Patrick Hauswald, and his wife, Cassandra, of St. Paul, MN; and Jon Hauswald of Sioux Center. They are expecting their first grandchild in December.


PAST ADDINK AWARD HONOREES:
Here are the past Addink Community Service Award honorees:

‘AN EVENING OF PROMISE’:
Promise Community Health Center will present its 10th annual “An Evening of Promise” Celebration and Fundraiser on Thursday, Oct. 18, at Terrace View Event Center in Sioux Center.

The event, which serves as Promise’s primary fundraiser every year, will begin at 6 p.m. Doors will open at 5:30 p.m. The event will feature amazing entertainment by comedy mentalist Arthur Fratelli, a fine dinner catered by The Triple Box, presentation of the Addink Community Service Award to Judy Hauswald and a silent auction to support Promise.

Ticket sales for “An Evening of Promise” will run through Wednesday, Oct. 10.

Tickets are $40 for adults and $20 for youth up to 18 years old. They can be purchased online at promiseevent2018.eventbrite.com or in person at Promise CHC, 338 1st Ave. NW, Sioux Center. Or, you can download a paper ticket form from Promise’s website at www.promisechc.org.

To learn more about the event, read this preview story at promisechcnews.blogspot.com/2018/09/the-amazing-arthur-to-highlight.html. For more information, please contact Derrick Vander Waal at 712-722-1700 or derrick@promisechc.org.

Posted by Promise Community Health Center at 8:57 AM